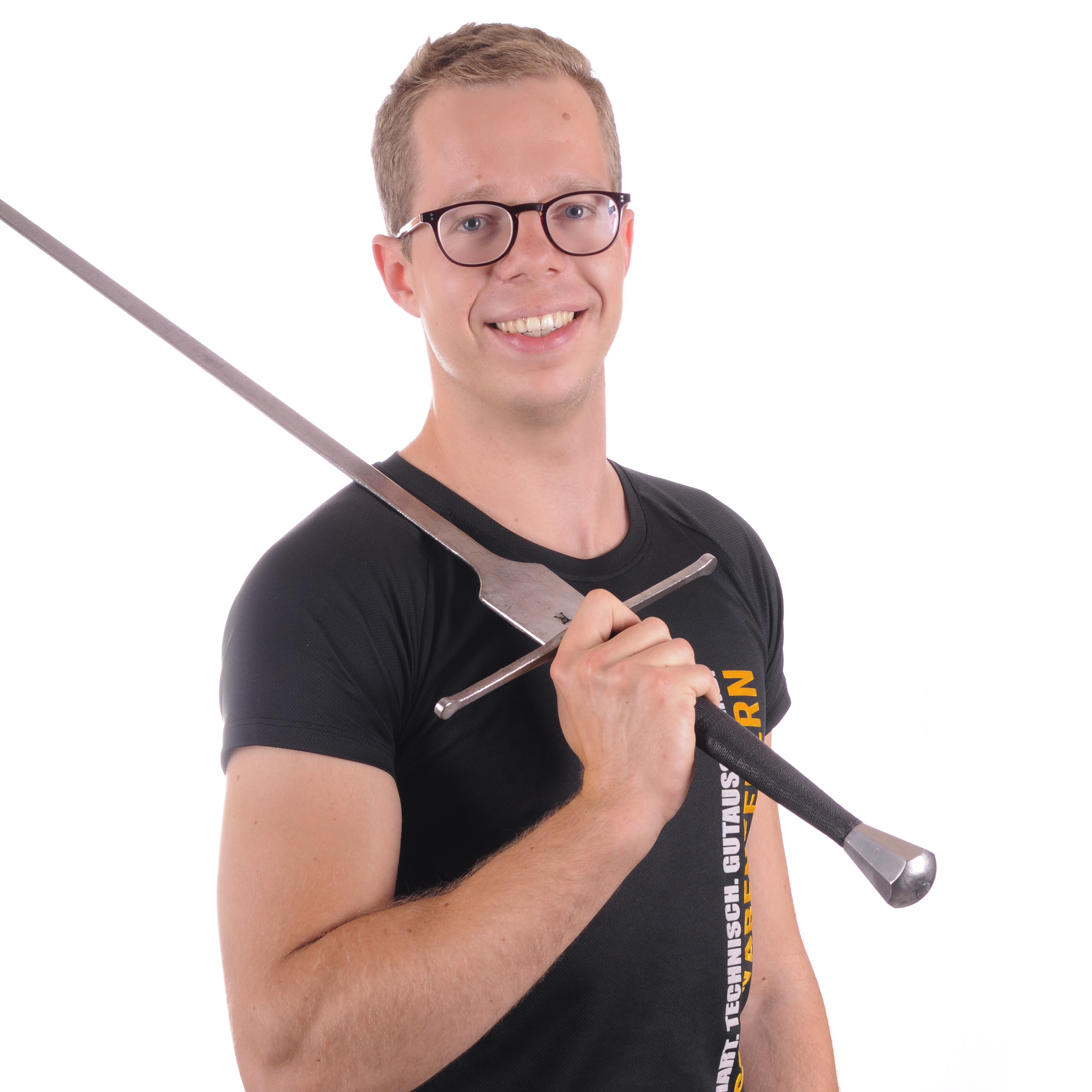 A word about my swords and myself:

When chosing a custom maker to make you the sword you desire, it‘s necessary to know the maker‘s philosophy to ensure both maker and client are on the same page. Otherwise frustration and disappointment is just waiting to happen. So I think it‘s important that I write a bit about my own views on swords and about what I want to achieve in my pieces.

Let me first tell you a bit about my background… I‘ve always loved swords, as most kids do, and slayed many a dragon with the first wooden sword my grand father made me. When the time came where most kids move on to other stuff, I didn‘t. As it was the closest thing available, I started sport fencing but as much as I enjoyed it, it wasn‘t quite what I wanted. I spend some time training in various other martials arts, such as Kali Silat and Muay Thai. Eventually I came across the Sword Buyers Guide Forum and found out that there actually were people (adults!) buying and playing with sharp swords. It was a huge eye-opener to me and from that moment I knew I had to get my own sharp sword. Being around 15-16 years at the time I took me a good while to save up for one and I ended up getting a Cheness Tenchi ko Katana as well as a H/T longsword later on.
Over time though, I realized the shortcomings of these swords. Not having the financial means to purchase an Albion but having always enjoyed making stuff myself, I fixated on the crazy idea of just making my own swords. Again, the SBG forum and especially Brendan Olszowy of Fable Blades (who has a similar story I believe) showed me the way. I first started doing customizing projects but fairly quickly moved on to actually making the blades myself. Of course, the first few turned out so-so…

Then, I came across HEMA. With a background in sport fencing plus some Kali Silat and Muay Thai, I had played around with swords in the back yard before, cutting stuff up and posting videos about it but that turned out to be a totally different thing to actually fighting with it. Bottles don‘t hit back (or first)… I immersed myself in learning German longsword fighting and continued to make swords on the side, always implementing what I learned about their usage. That was in 2011, when I started med school and came across a HEMA group at university. 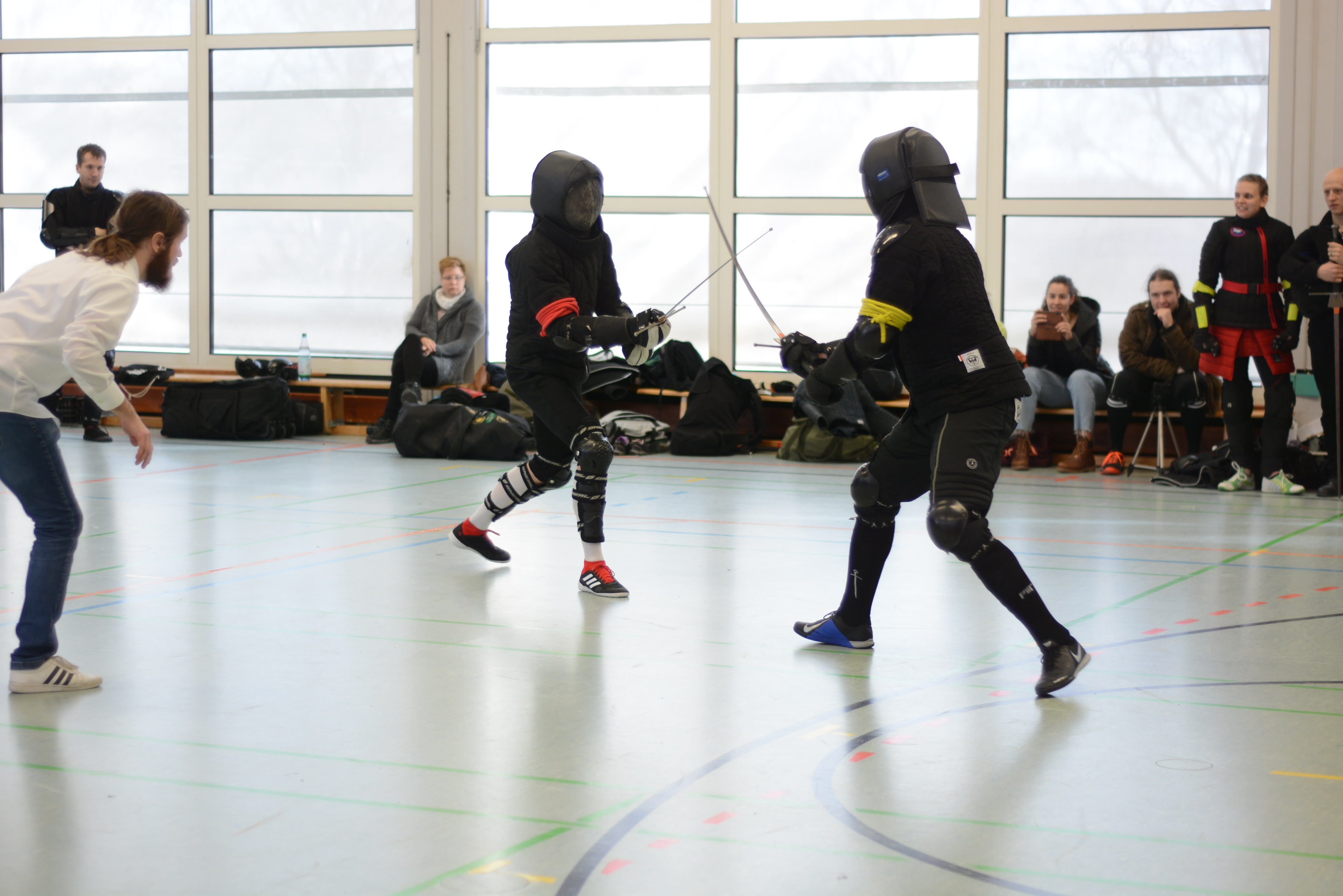 Around 2014 I started to realize that I couldn‘t ever imagine not making swords but at the same time became frustrated because of my lacking equipment. I decided that the only way to finance better equipment was to start selling my work and eventually, that decision led to the making of this website. I am not doing this full-time though, having started working as a doctor in 2018 and specialising in neurology.

My maker’s mark reflects my two main occupations in life… medicine and swords.

The HEMA group I joined back then (www.schwabenfedern.de) has since grown immensely, both in number of participants as well as level of skill. I am now an instructor there and quite a successfull fencer, having medaled in over 20 national as well as international competitions and being currently ranked 11th on HEMA ratings as well as holding the title of “Deutscher Meister” and being a member of the German national team.

This brings me to my sword making philospophy. I approach sword making from the perspective of a martial artist as well as a craftsman dedicated to clean, precise work. Steadily learning more about how these swords were used back in the day, historically accurate performance is my primary goal. I use solely modern materials and largely modern manufacturing techniques but I want the end product to handle and perform as well or better than a high quality sword would have back in the medieval and early renaissance period.

I use my swords myself very often for cutting and solo drills, their performance is a main concern of mine and I continuously strive to improve it.

My second concern are aesthetics. I want to make swords that are pieces of functional art, beautiful in every sense and satisfying to the pickiest customer. Swords have forever attracted the interest of people just by their appereance and when I present my pieces to customers, I want them to marvel at the beauty of finely polished steel, at the carefully designed shapes and lines and the high level of craftsmanship. Even if the functional aspect wholly escapes them, I wish for them to see my swords as aesthetically pleasing objects.
My aesthetic style reflects my background as a fencer in the sense that my pieces are generally devoid of what I consider unnecessary embellishments. The beauty of a sword in my eyes is strongly interwoven with its practical value as a weapon. I place great concern on attractive shapes, pleasing proportions as well as overall very clean and precise workmanship. Extreme decoration, though quite historically accurate at times and often a sign of great skill, is not what I find appealing. 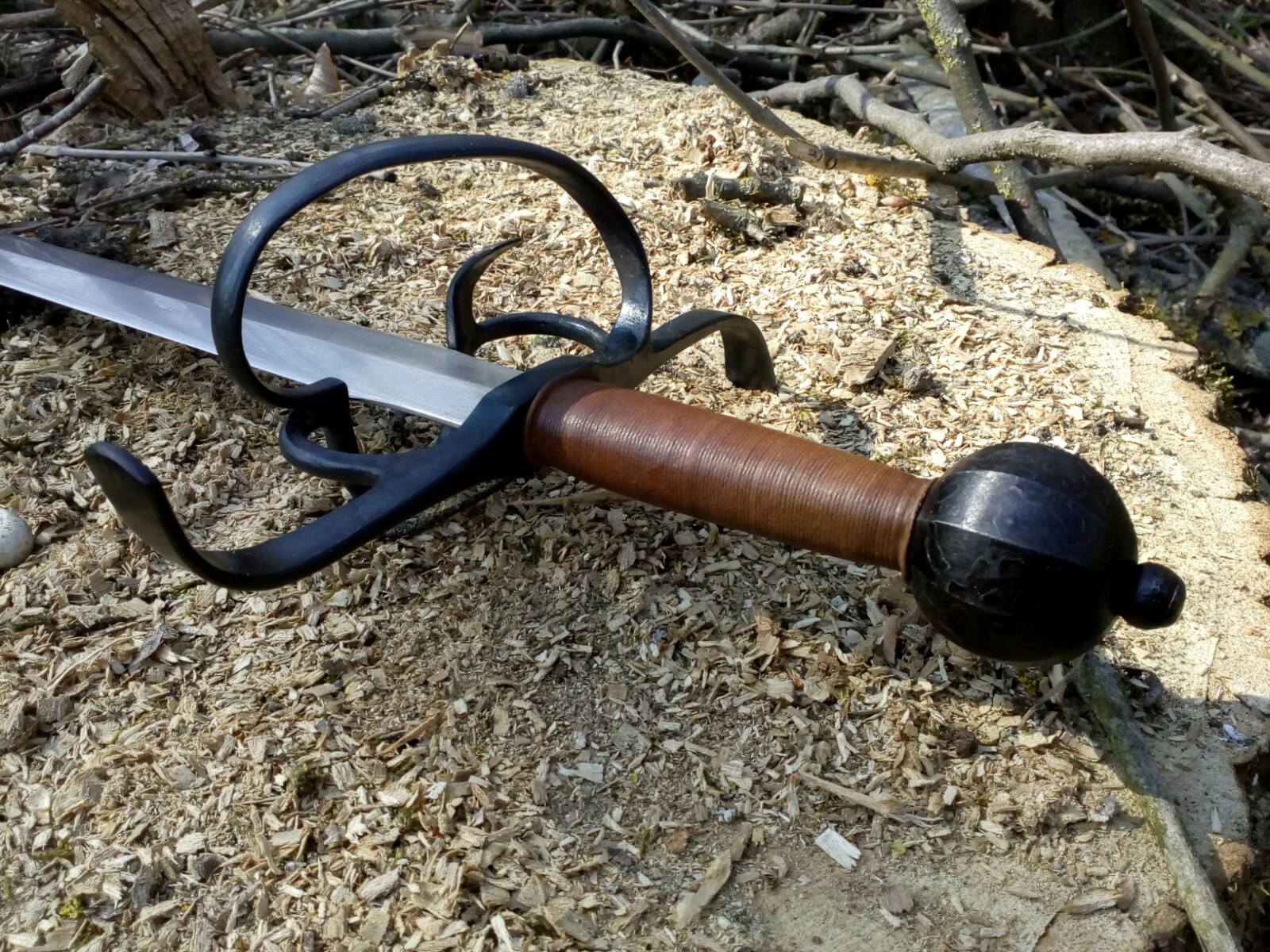 I said in the beginning that as a customer it‘s necessary to know if what you seek is in line with what the maker offers. I hope this post made it a bit clearer what it is that I offer.

Myself on the left with my good fencing buddy Basti.

With the exception of the first photo, the sidesword’s photo and my maker’s mark, all pictures on this page are courtesy of Christian Müllner (Tales of Blades).