I was inspired to make this piece from one of Matt Easton’s Cutlass videos. I prefer handy and substantial swords when it comes to single handers and in a way, a cutlass is like an improved version of a Messer.

I was in a somewhat dark mood when working on this and I believe it shows… The entire piece emanates a feeling of dark power. It’s a handy piece and moves easily but it is very powerful for its size.
The blade is full 8mm thick at the base, with a strong concave distal taper (the only proper way to make a sabre). The blade is acid etched and I also left some scale from HT on the spine.

The guard is actually an original late 19th/early 20th century piece from a much-used austrian practice sabre. It shows much superficial wear but is perfectly sound structurally. After some blackening, I think it fits the blade perfectly.
The grip is covered in old black leather. 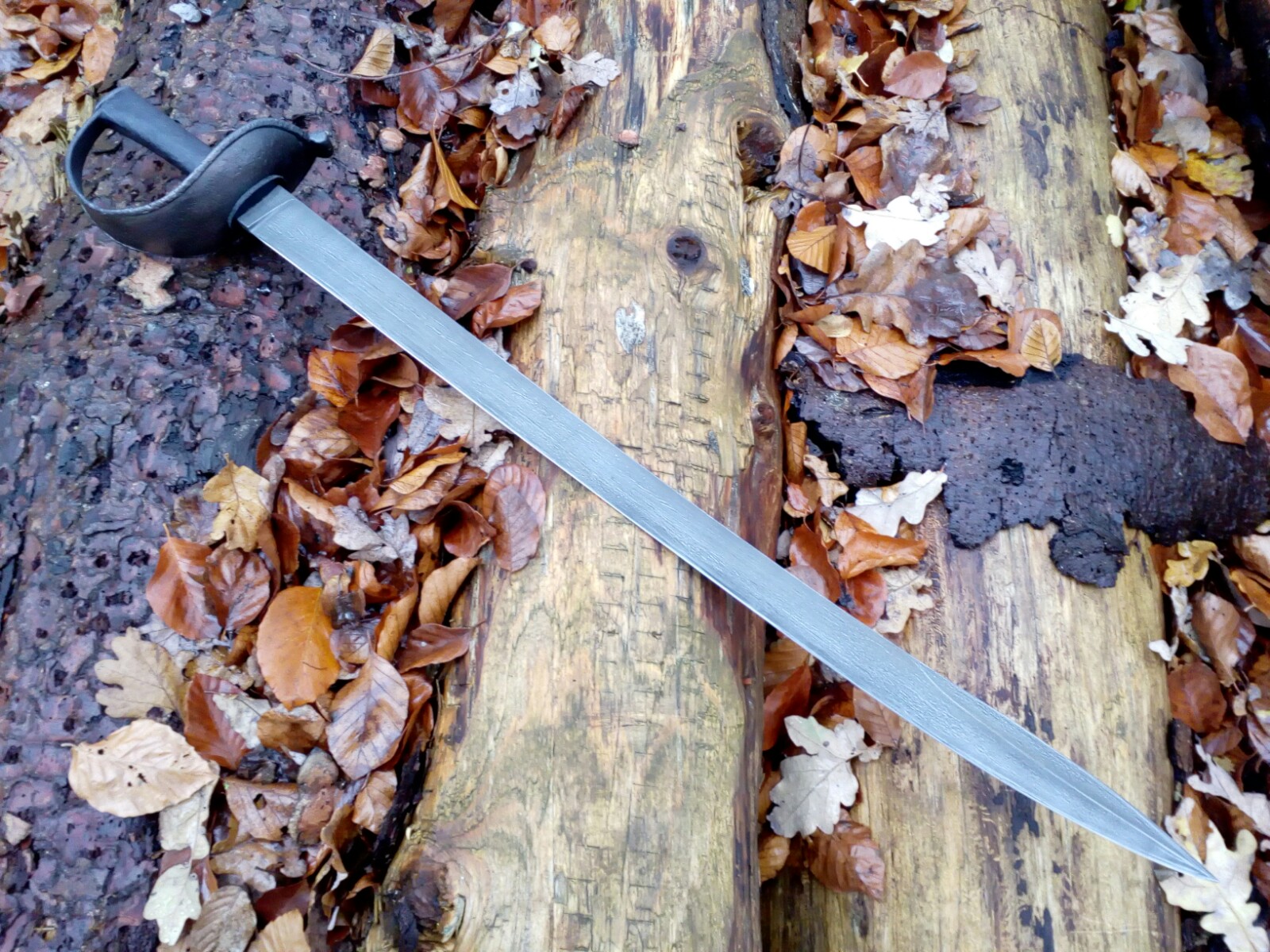 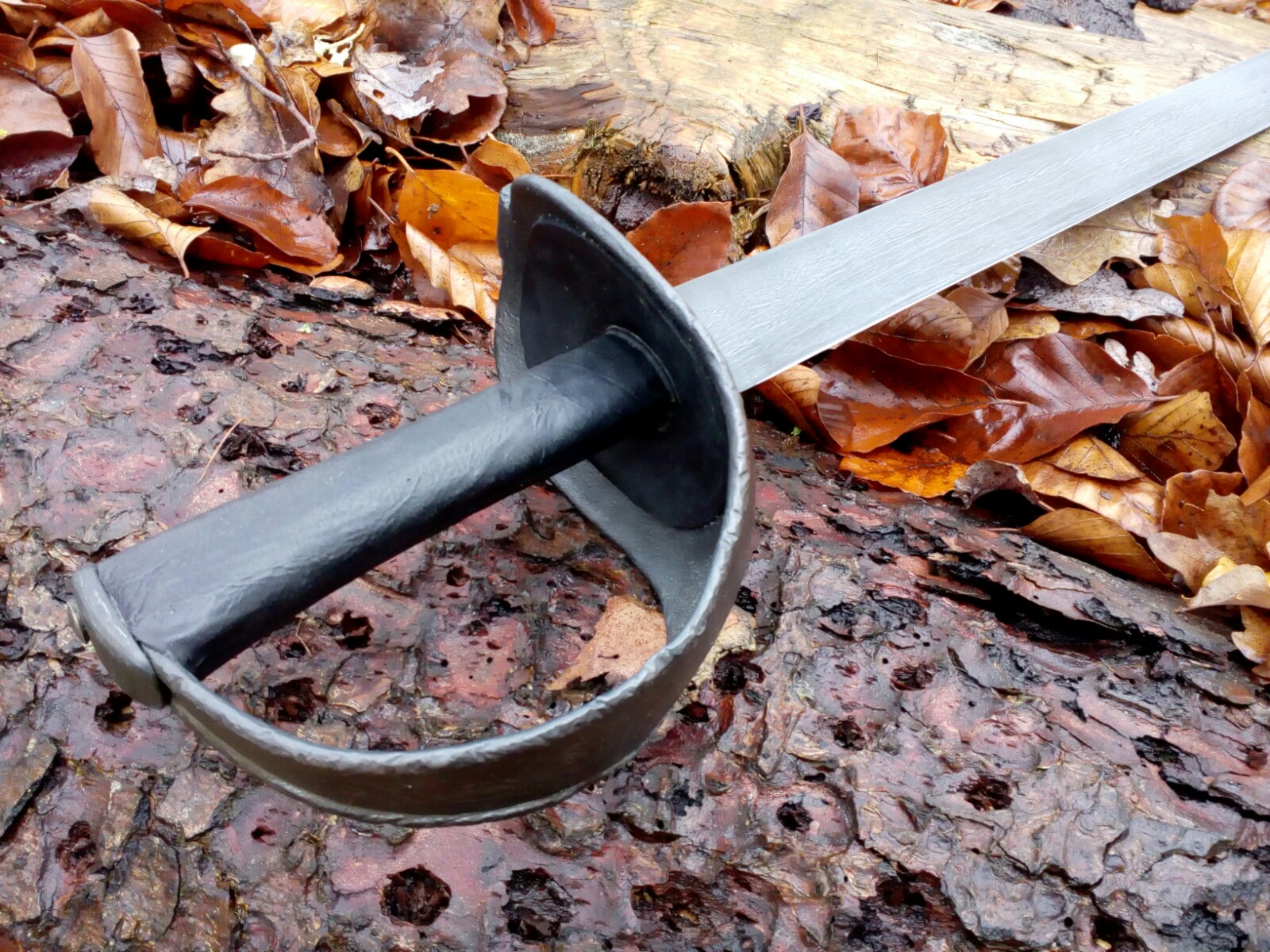 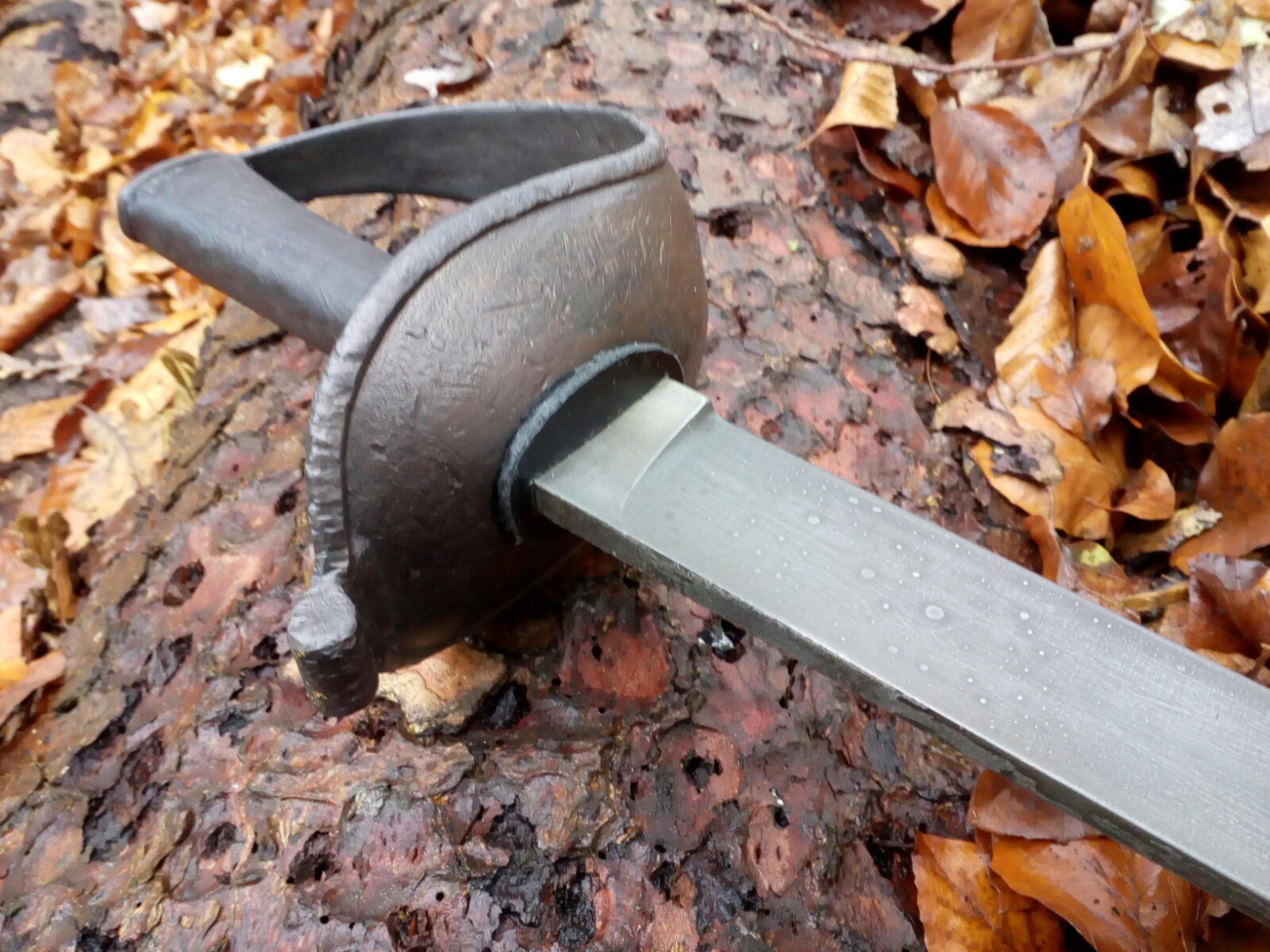 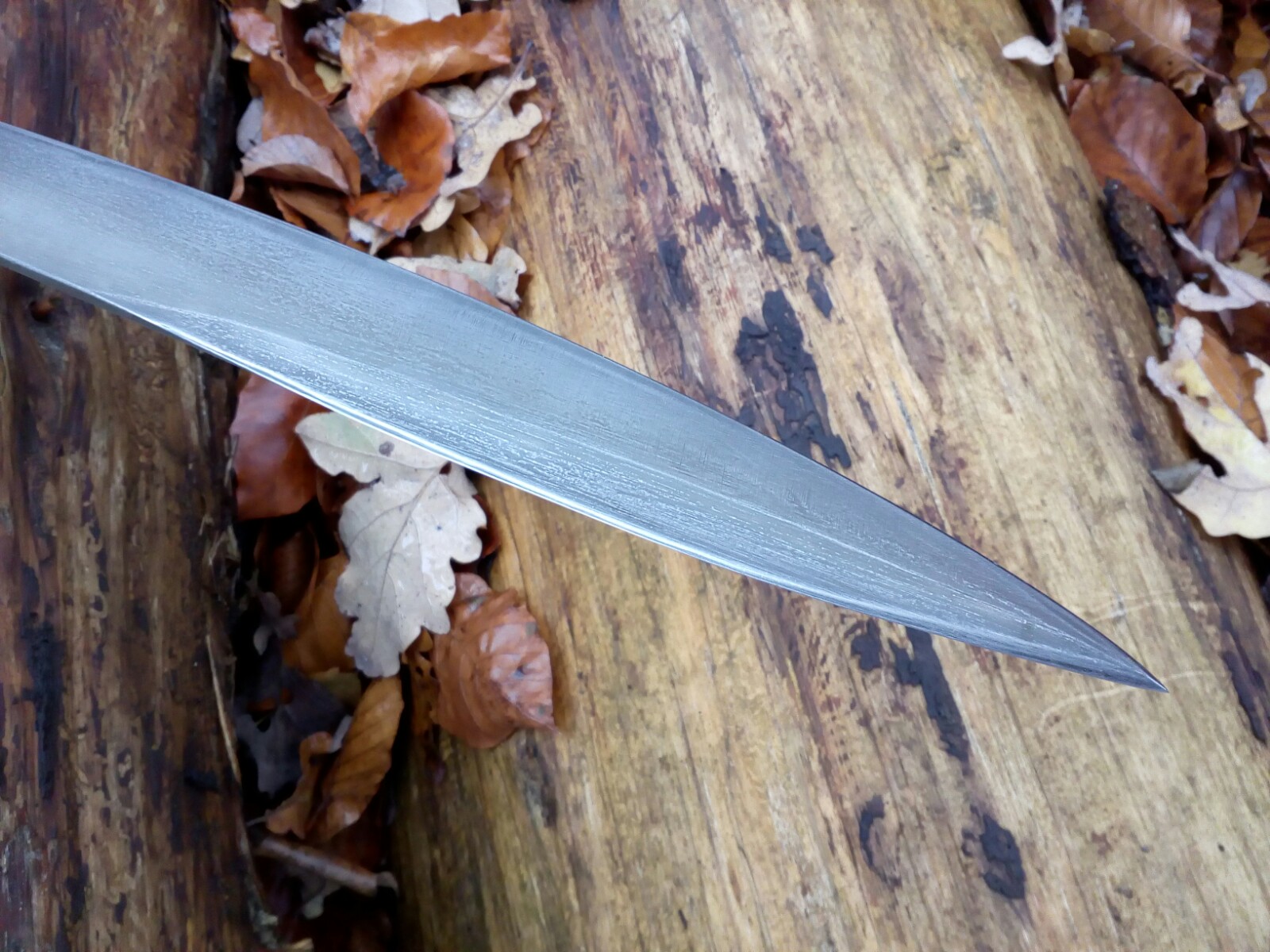 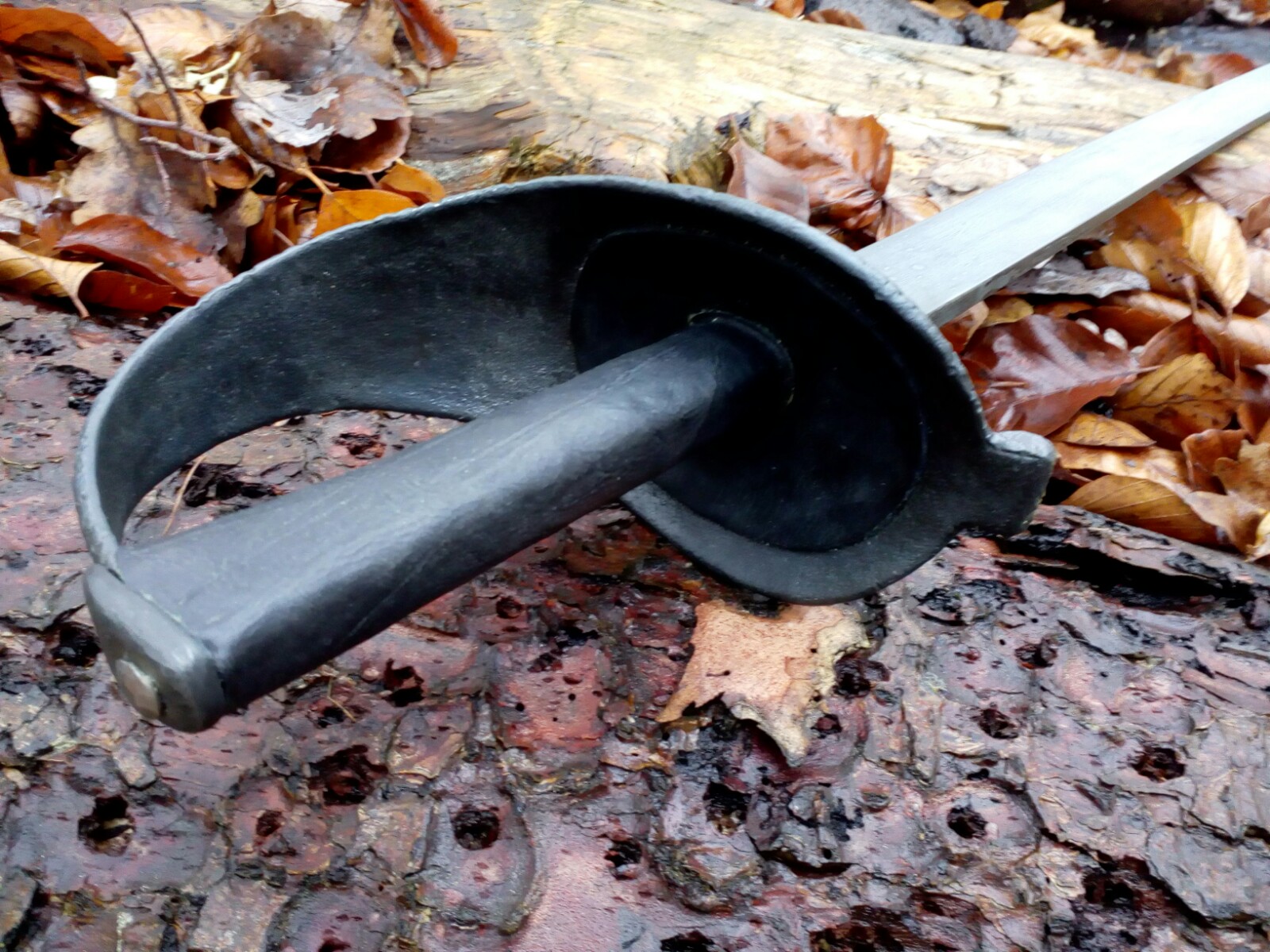