This particular style of falchion seems to have been in use for only a rather short period of time. The surviving originals and the pictural evidence suggest a moderate popularity in the mid to late 14th century, right around the time where plate armour was becoming increasingly common and effective.
I have long been wanting to give this type of sword a try, I find the lines and shapes aesthetically very appealing and the functional design aspects intriguing.

The blade as always is made from 56Si7 spring steel and heat treated to ca 57Rc. It is fullered on one side and due to its increasing width quite stiff, despite distally tapering substantially towards the widest part. The slender tip again thickens slightly to form a stout enough point. I reckon the original design is an effort to make a sword with superior efficiency against the increasingly armored opponents of the day. The design allows for a concentration of a blow‘s force on a single point of impact while simultaneosly offering a slender thrusting point to be worked into the gaps of armor too strong to overcome with a sword blow.

In hand, the falchion offers a pleasant amount of blade presence and absolutely encourages cutting actions but it is not at all sluggish and point control is surprisingly good. Though probably mainly intended for armored combat, I would not hesitate to use it for unarmored fighting, presumably in combination with a buckler.   With its wide, thin, stiff blade and acutely sharpened edge it is a tremendously effective cutter.

Aesthetically it is an austere sword but the bronze pommel and oxblood-colored leather grip give it an almost regal appereance. The bronze pommel is topped off with a steel peen block. The bronze pommel was hand-cast by a good friend of mine working off a wooden model. There are a few minor casting flaws on the surface that add to the hand-made charm of the piece. 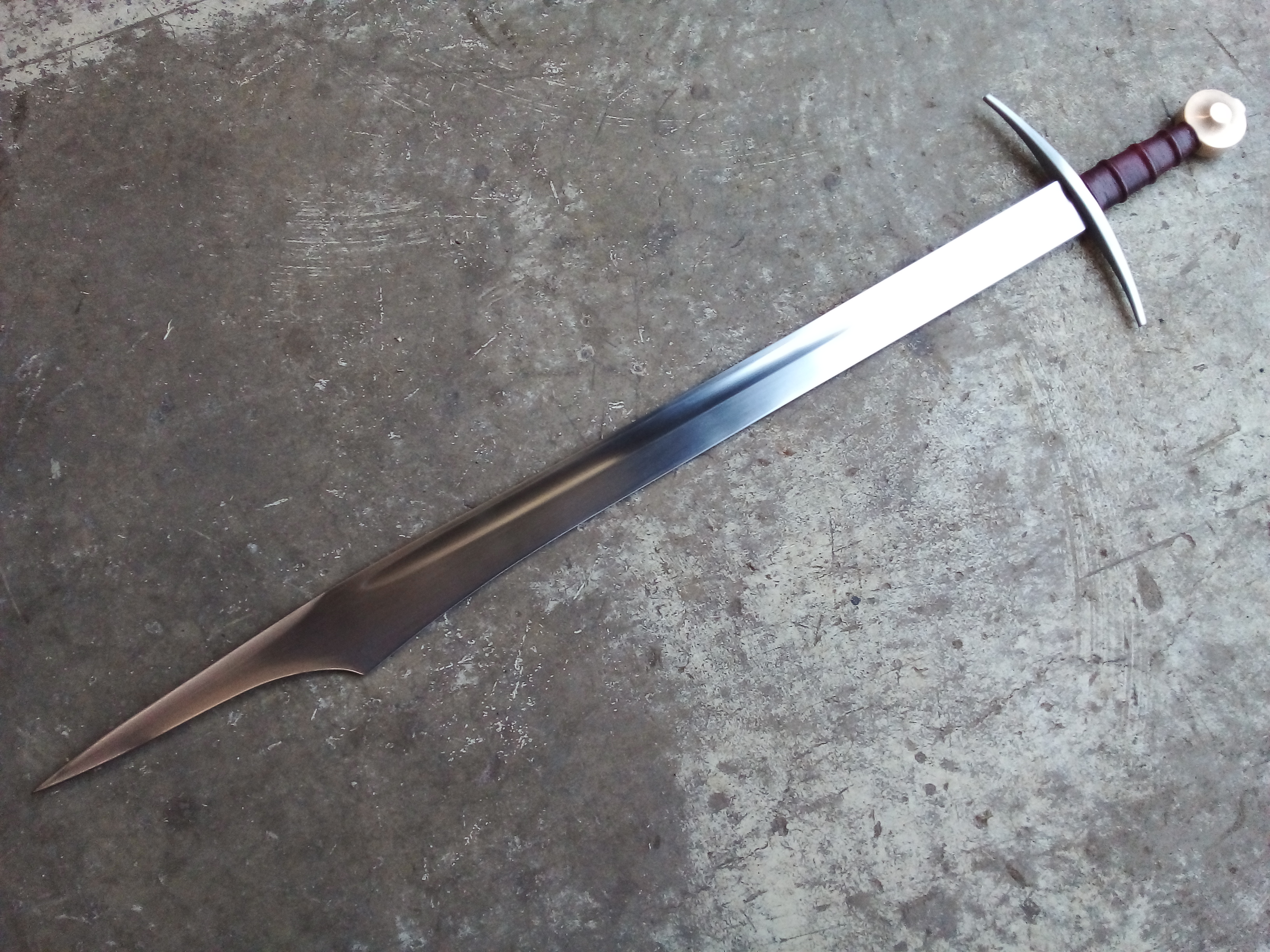 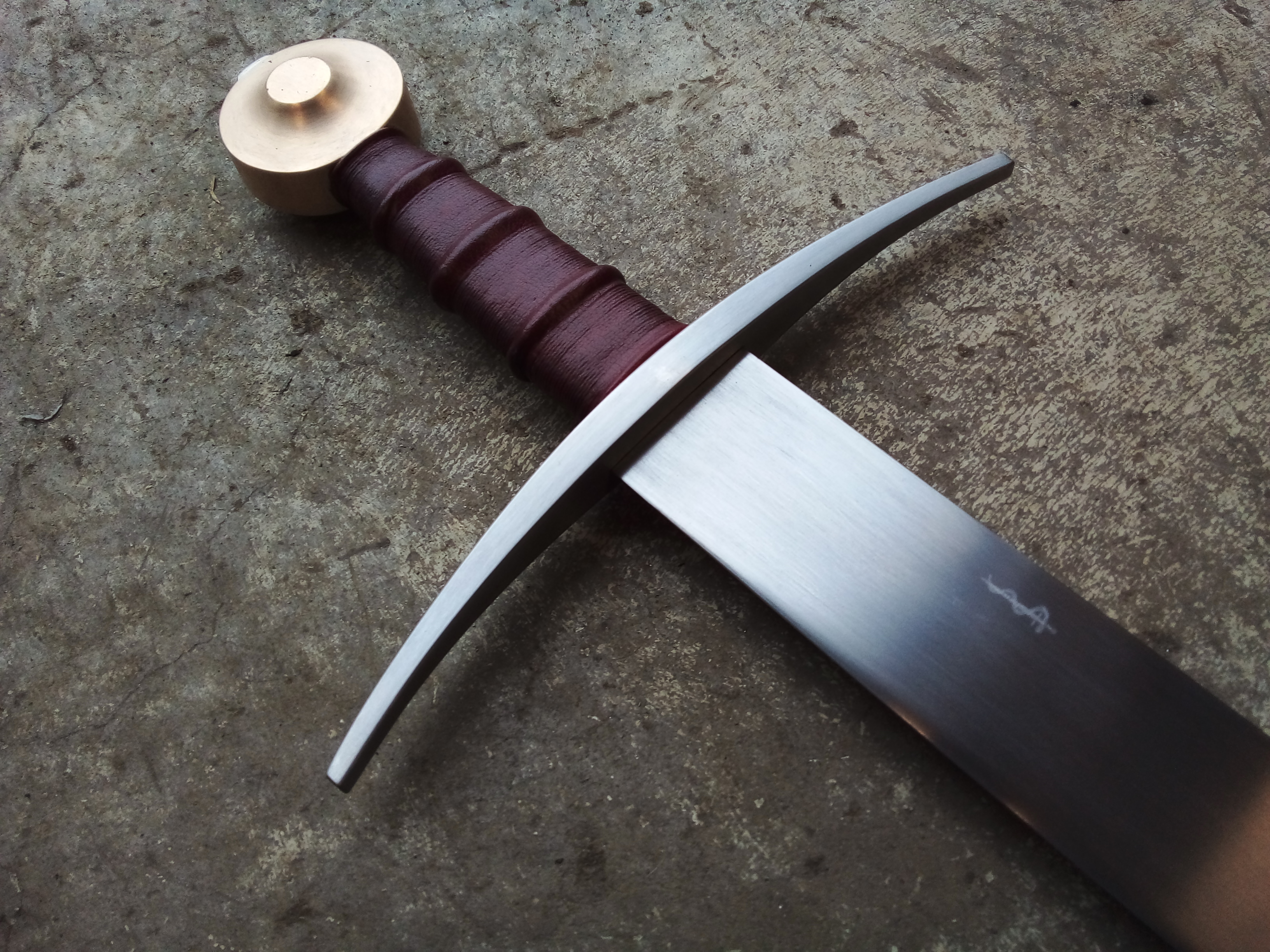 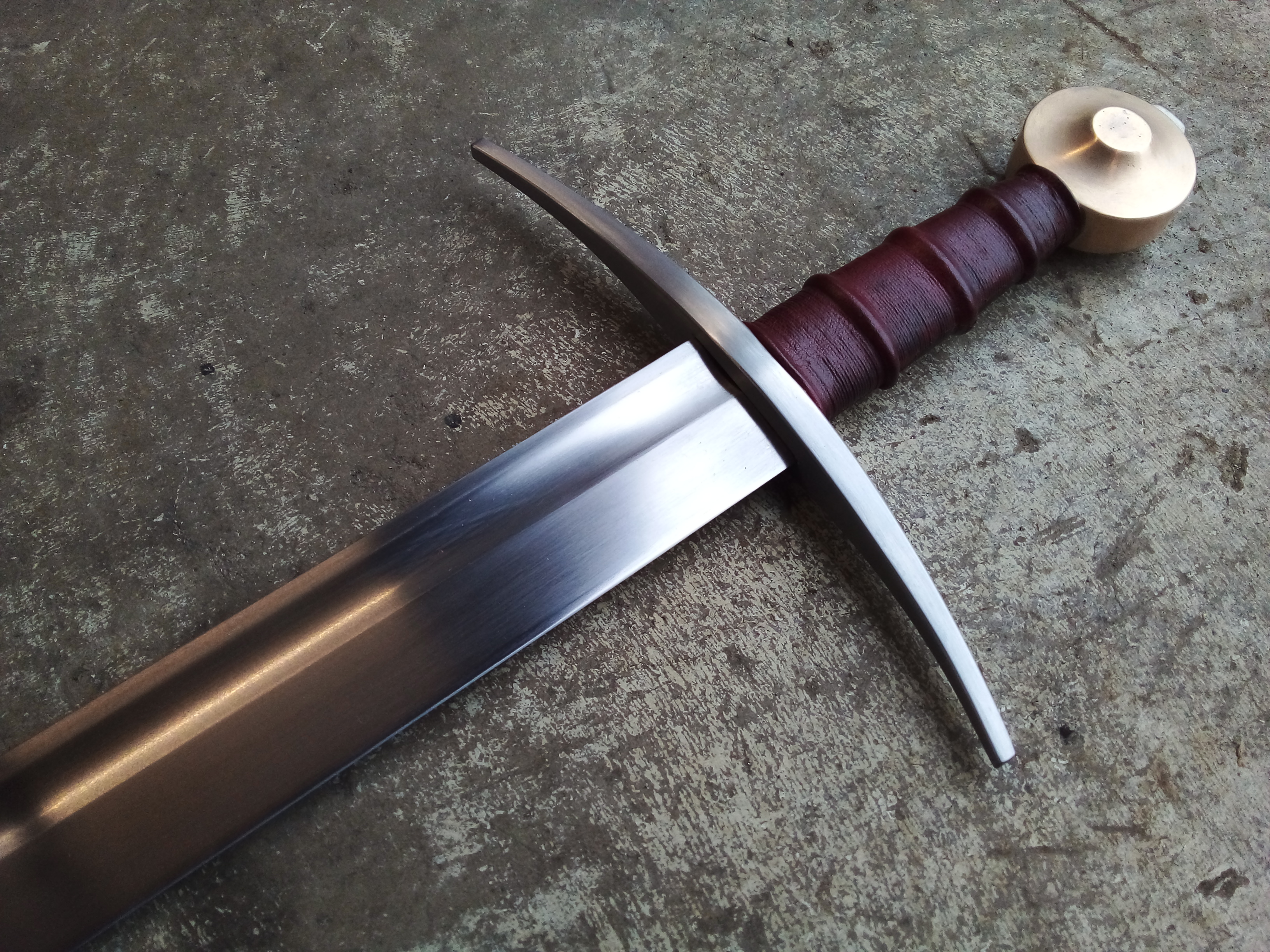 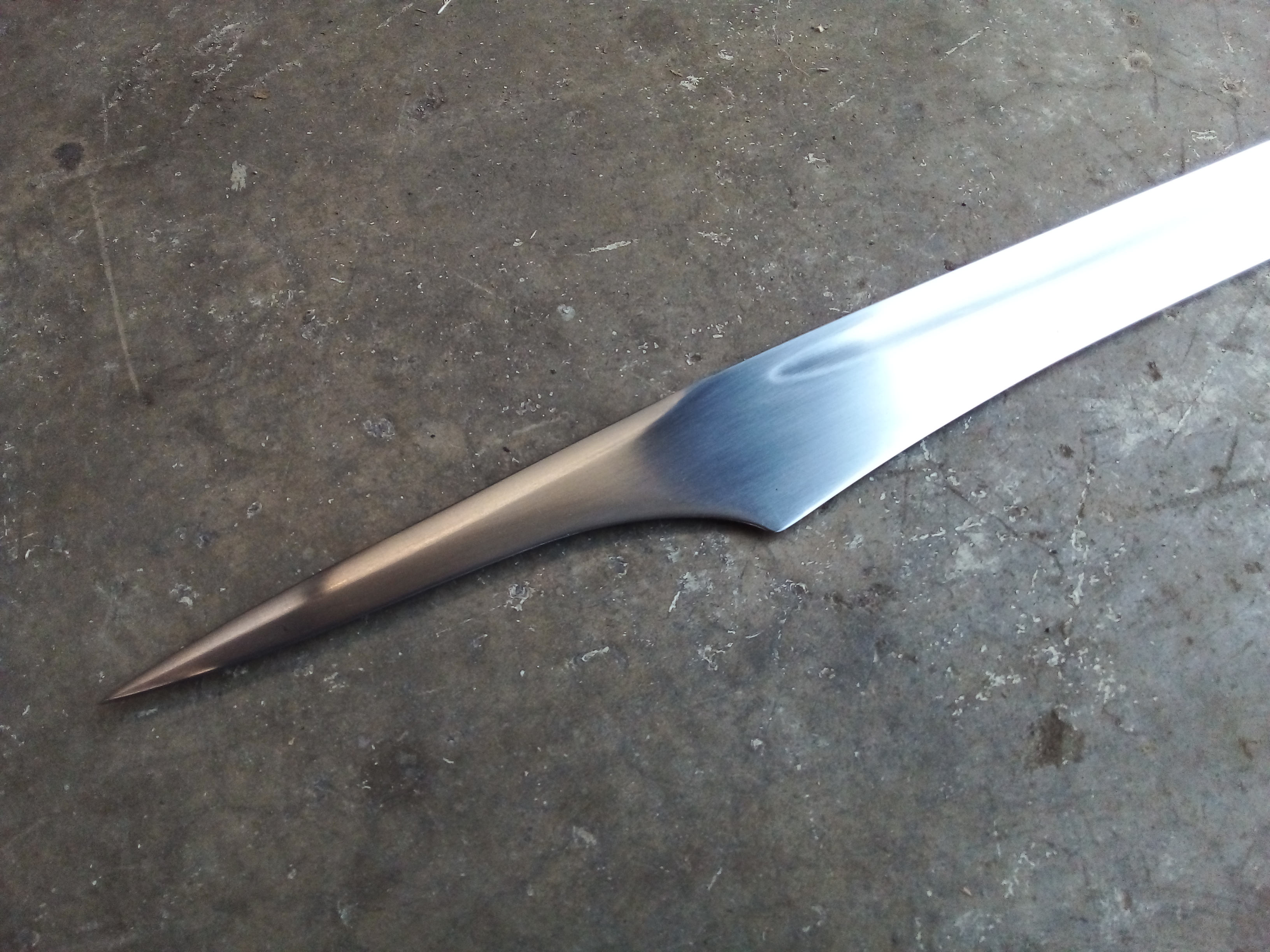 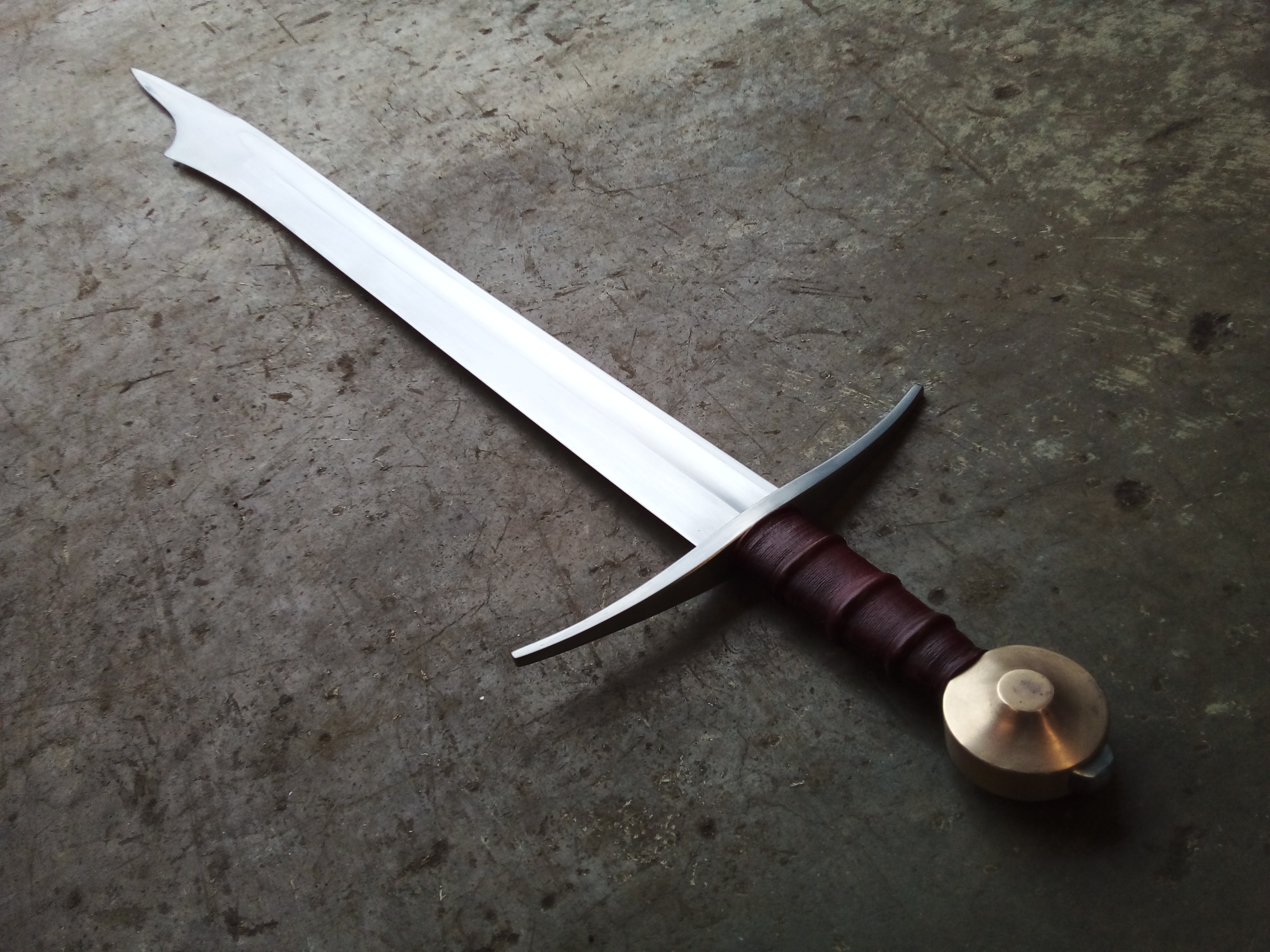 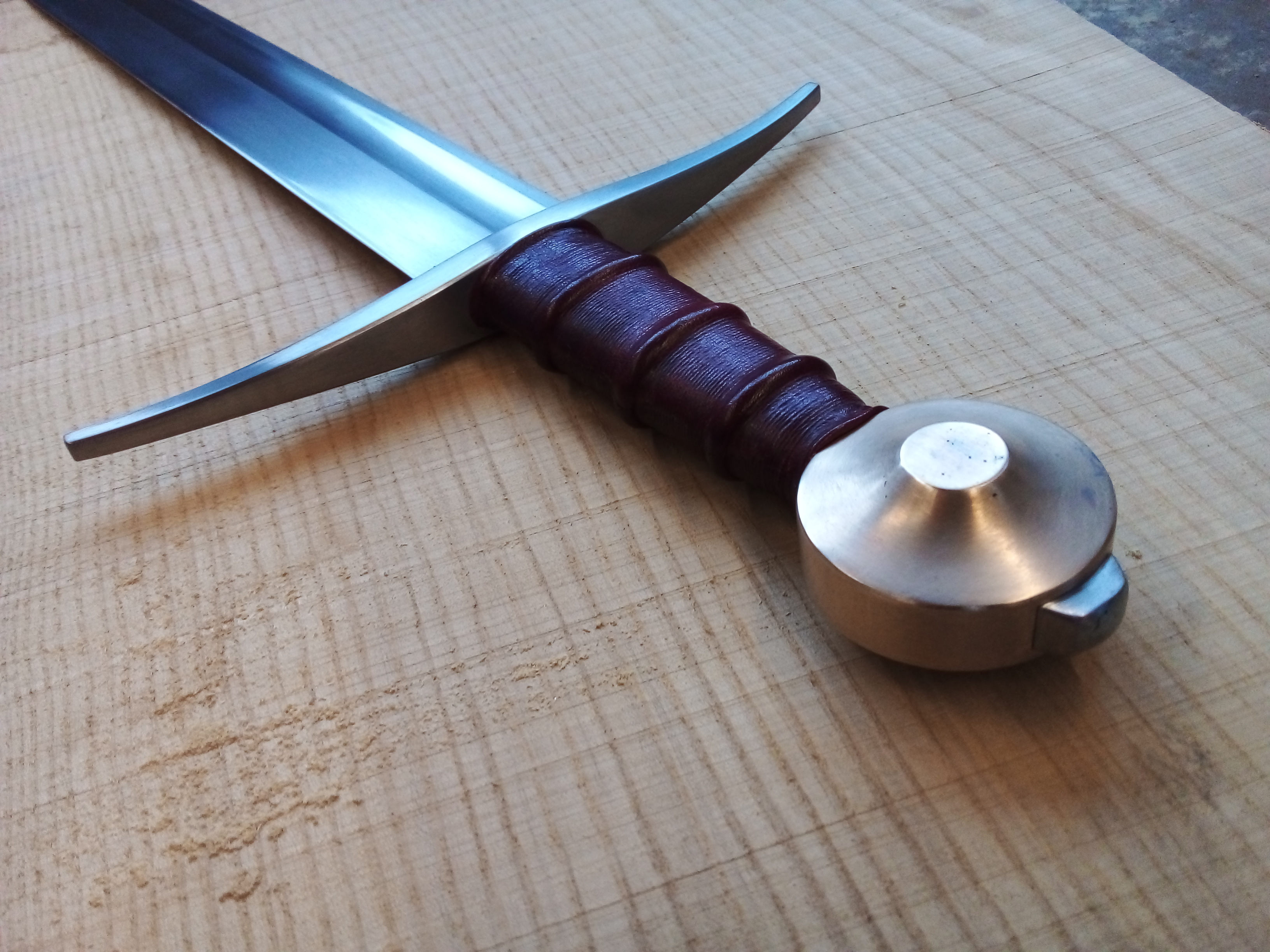